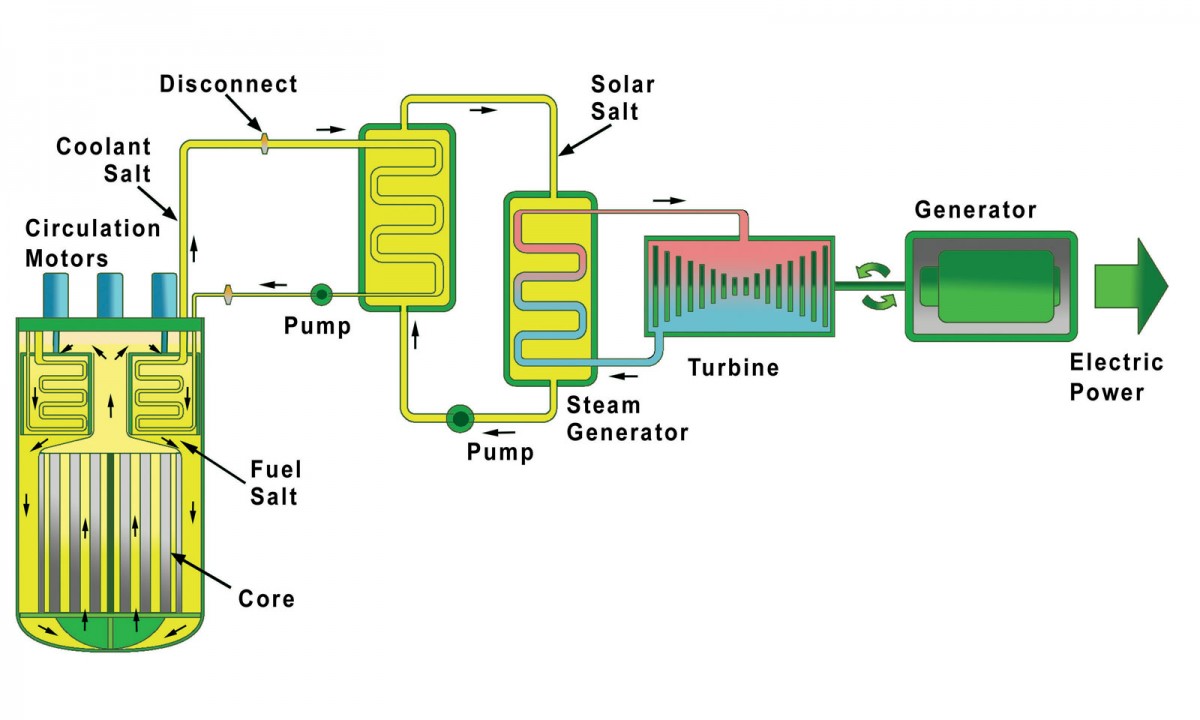 Having recently closed a CA$10 million (US$7.1 million) round of private investor funding, the company now moves to phase II of development – that of conceptual design in tandem with engagement with the nuclear regulator, the Canadian Nuclear Safety Commission (CNSC).

This latter process, known as the Vendor Design Review pre-licence, is a significant milestone, and was begun in February 2016, a full 3 months ahead of schedule. It is expected to take up to 24 months, at the end of which the company intends to submit a formal licence application to the regulator.

This is also a historic milestone as, as far as is known, it is the first time that a nuclear reactor vendor has ever submitted a Molten Salt Reactor design to a nuclear regulator.

Progress is further evidenced by the announcement that Terrestrial have secured grant funding of CA$5.75 million from the Canadian government under it’s clean tech program STDC (Sustainable Technology Development Canada).

Further announcements on funding from the Canadian and US governments are expected later in the year. These grants are targeted at supporting advanced nuclear innovation, which is encouraging.

Terrestrial has also made progress in the US, having met with the Department of Energy there on a number of occasions, being one of 8 reactor vendors invited to a White House summit dedicated to nuclear development and innovation in December 2015.

The IMSR is a completely new narrative for civilian nuclear power. Using a liquid fuel salt which also doubles as the coolant, the reactor produces a fraction of the waste of a conventional pressurised water reactor (PWR). The reactor cannot explode or melt down and is highly proliferation resistant. The IMSR can be deployed within 10 years and will produce low-carbon energy cheaper than coal,  primarily  due to it’s passive safety profile.

Fuel can be uranium or thorium or indeed spent nuclear fuel including plutonium.

The design permits operation at atmospheric pressure and removes complex elements such as control rods with their associated drive mechanism required in present PWR’s. Passive safety and reactivity control, inherent in the physics of liquid fuel salts, eliminate the need for redundant safety systems and permit on-line removal of fission products.

Operating at higher temperatures than PWR’s also significantly increases the thermodynamic efficiency of the reactor and offers the added possibility of high-value heat.

Molten salt-based reactors are not new technology, having been developed and proven at Oak Ridge National Laboratory in the 1960’s and 1970’s

Terrestrial is one of a number of companies around the world working on commercialising this technology.