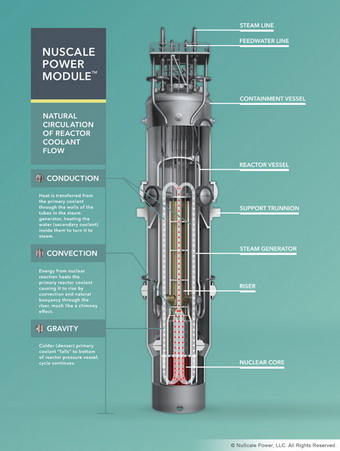 Not all nuclear plants are big – some are just the right size for Ireland’s electricity system!

It is true that larger countries, including Britain, France and USA, build bigger and bigger nuclear plants as their needs grow and as technology develops, but there are plenty of smaller reactors currently available and being used around the world.

But, just the same as not all aircraft are Jumbo jets, not all nuclear plants are huge either.

What size power station is acceptable in Ireland? We currently have a range of sizes feeding into our electricity system, ranging from small domestic wind and hydro turbines of a few watts up to the largest units of around 400 MW. For example, Moneypoint has 3 units of around 300 MW each. 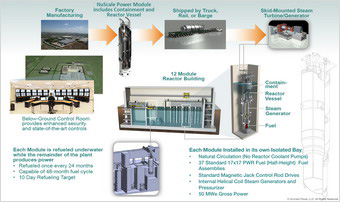 While the system could take much larger units with larger overheads, it is accepted that the largest economic plant size is around 700 MW, while 500 MW size would be ideal for base load plants.

A number of small nuclear plants now being licensed are 300 MW or less in size. These include the NuScale SMR (Small Modular Reactor) which is due to be licensed in the US in September 2020 and consists of 60 MW units, 6 of which would form a block of 360 MW and 2 blocks form a station of 720 MW. This SMR would be ideal for Ireland.

A variety of other suitable designs are also becoming available and are described in more detail here.