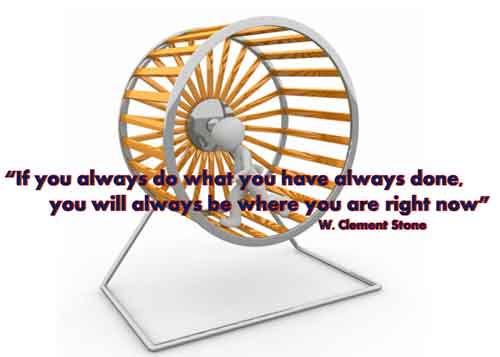 Hurricane Ophelia and Storm Brian are stark reminders of the damage, death and destruction that weather-related events can bring. Whether such events are a direct result of Climate Change or not, we are also aware that such extreme weather events are becoming more common and more powerful.

We also now better understand that air quality has a significant impact on our health, which is why we plan to dramatically reduce the number of diesel and petrol engines used in transport – the sale of such engines may be banned here from 2040.

In Ireland in 2015, fossil fuel power stations released 11 million tons of greenhouse gases that contribute to climate change. They also released particulate matter (PM) and 9,500 tons of nitrogen oxides (NOx), both of which contribute to unhealthy air.

These are matters of serious public concern. As we cannot realistically reduce our emissions significantly without the support of the public, Government asked our Citizens’ Assembly to consider how the State can make Ireland a leader in tackling climate change. Their conclusions will form the basis of reports and recommendations to be submitted to the Houses of the Oireachtas for further debate by our elected representatives.

The Assembly members were to hear from a range of national and international academics, practitioners and experts on climate change and learn how nations are affected by it and respond to it. So far, so good!

The members heard about excellent initiatives by individuals and groups who made changes at their local level, at work or in their communities. And there were calls for a tariff for excess solar energy fed back into the electricity grid. (Caution: this measure would require all customers to subsidise those wealthy enough to install solar panels).

But they also heard that our energy policy will not meet our targets for 2020, 2030 and 2050 and that new policy initiatives are required. Yet precious few potential new initiatives got an airing over the 2 days of deliberations.

The members didn’t hear that Nuclear Energy is the single most effective technology ever used to rapidly decarbonise a nation’s energy – as achieved by France in the 1980’s (see the graph below). New nuclear plants are expected to be even safer and cheaper than existing plants and will be small enough for Ireland within a decade. Nuclear energy is not currently legal in Ireland.

Nor were members told about Carbon Capture, a technology that most experts believe to be essential in keeping global warming below 2 degrees, the conservative target of the 2015 Paris climate agreement. Carbon Capture is also not currently legal in Ireland.

They did not hear about South Korea’s Citizens Jury who have recently voted to recommence construction of two nuclear reactors in the south of the country. These two reactors will avoid the need to build gas-fired plants which would burn up to 10 million tons of gas, resulting in up to 30 million tons of emissions, each year.

The members will probably not be aware that Singapore will stop adding cars to their roads from February 2018 while they intend investing €18 billion in public transport over the coming 5 years.

These are all examples of initiatives that could help Ireland to at least meet its climate change commitments, even if we remain far from the goal of leadership in this regard.

But, because there was no discussion of anything other than the renewables-only solutions that are already enshrined in our failing Energy Policy, it will be no surprise if no new policies will be proposed for consideration by the Oireachtas – and the whole process will have achieved little of any consequence.

This is an important exercise in deliberative democracy, placing the citizen at the heart of important legal and policy issues facing Irish society today. With the benefit of expert, impartial and factual advice, the 100 citizen members could be capable of proposing considered recommendations on our energy future, as they did for the questions of the Eighth Amendment and our Ageing Population.

But to attempt to consider how Ireland can lead in tackling climate change without considering the full picture is a fools errand. Surely, the Assembly members, and the people of Ireland, deserve better – particularly as the Government has already said “that Climate Change is one of the most important long-term challenges facing Ireland“.

There may also be more support for allegedly unpopular proposals such as nuclear energy, as a number of small polls have found a majority of Irish people to be in favour of at least considering nuclear here. And the 800,000-strong ICTU also agree that nuclear should be part of the debate.

If the Government is to meet its commitment to the transformation required to achieve a low carbon and climate resilient future, it will need to examine much more than the simple solutions currently being considered.

In other words: if we are to get different results, we really need to stop doing the same things!

Denis Duff is a Chartered Engineer with a lifetime's experience in most aspects of electricity production - power station design, construction, commissioning, operation, maintenance and decommissioning - with experience also of power purchase contracts and management development. He has worked with Wind, Hydro, Oil, Gas and Peat in Ireland, Asia and Africa. View all posts by Denis Duff