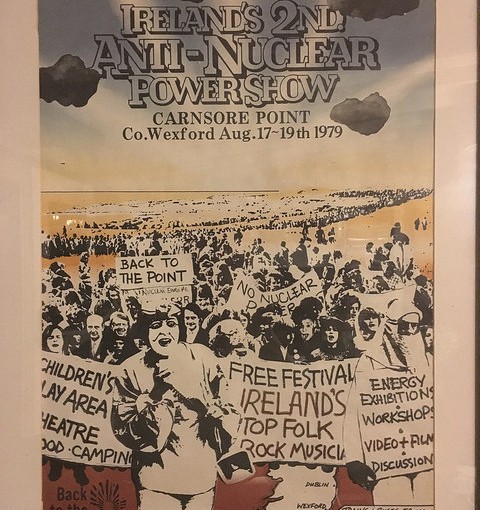 Ireland was on the cusp of introducing nuclear power about 40 years ago. At the time, we were very dependent on oil for our electricity supplies, North Sea gas wasn’t well developed and we had no Irish gas fields, there was no international market for coal and our domestic hydro capability was already pretty much fully utilised. Our options were limited – to put it mildly.

Following the 1973 Oil Crisis, which increased the price of oil in Europe while decreasing its perceived security of supply, many nations reconsidered how they generated their electricity. France, for example, chose to build an extensive network of nuclear stations to become almost totally free of oil for electricity.

Ireland also considered nuclear power at this time, and proposed building the first of 2 units at Carnsore Point in County Wexford. Following a lengthy debate, this plan was shelved in 1980 for a variety of reasons including a partial meltdown at Three Mile Island in the US, the discovery of natural gas off Kinsale, the development of an international market for coal and a small but vocal anti-nuclear sentiment expressed on the national airwaves and at the famous “Come to the Point” rallies held at Carnsore.

There is an excellent account of this period, as well as a general history of all things nuclear in Ireland, in Veronica McDermott’s book “Going Nuclear: Ireland, Britain and the Campaign to Close Sellafield“. It’s a great read and is very highly recommended for anyone with an interest in nuclear or energy matters in Ireland.

Rejecting nuclear, Ireland instead decided to build a coal-fired station at Moneypoint, Co Clare. It is interesting to compare the impact of that decision against what might have been the case had we proceeded with nuclear.

Moneypoint has burned over 50 million tons of coal since it first started producing electricity in 1985, emitting some 150 million tons of CO2 in the process. It has also emitted millions of tons of sulphur dioxide (SO2) – the cause of Acid Rain – and nitrogen oxides (NOx), although those emissions have reduced by about 75% since an emissions abatement retrofit in 2008.

For comparison, we can look to Slovenia, where they built a nuclear plant similar to the type we had planned to build at that time. Krsko produced an all-time high output of 6.06 TWh in 2014 and is licensed to run until 2043.

Despite generating over 150 TWh since 1983, Krsko Nuclear plant has emitted no greenhouse gases in its entire operation – although it would be allocated responsibility for around 3 million tons of CO2 emissions. (Those emissions arise from all activities required to produce electricity at the nuclear plant, including mining and fabricating the fuel, running the station and storing the spent fuel).

Some self-styled ‘environmentalists’ consider the rejection of nuclear energy as the first major victory of the environmental movement in Ireland. Considering that the ‘victory’ has resulted in additional emissions of over 150 million tons of greenhouse gases, it appears that it has instead been a huge environmental disaster.

Before Ireland determines how to solve its energy problems, it is vital that the environmental impacts of all potential options are fully assessed before any major decisions are made. For the health of our future environment and economy, we cannot afford to make the same mistakes we made over 40 years ago.

If we consider nuclear energy rationally but still decide that it is not for Ireland, we must be clear as to how we will mitigate the environmental and economic implications of that decision.

But the current policy of ignoring nuclear energy based on out-dated preconceptions is very unlikely to lead to the correct outcome.

Denis Duff is a Chartered Engineer with a lifetime's experience in most aspects of electricity production - power station design, construction, commissioning, operation, maintenance and decommissioning - with experience also of power purchase contracts and management development. He has worked with Wind, Hydro, Oil, Gas and Peat in Ireland, Asia and Africa. View all posts by Denis Duff

3 thoughts on “What was the Point of Carnsore?”